The Space Between Slack and Zoom 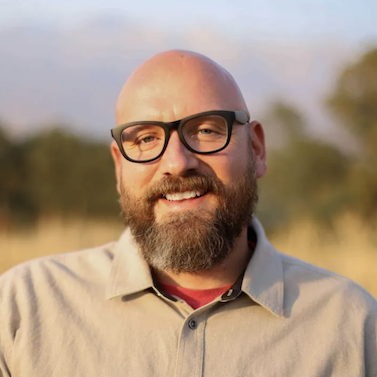 There is a space that exists between the offering of two of the largest business communication software companies–Slack and Zoom.  We can all feel the space, but because we haven’t been able to do anything about it, we ignore it.

This space is similar to the space between the phone and letters that email filled.  In order to see the space clearly, we have to start from the beginning.

‍Once upon a time, long long ago, our only method of business communication was to have a face-to-face meeting (which is a form of verbal/synchronous communication).

When paper was invented, we acquired our first asynchronous option–to write.  This gave people the flexibility to communicate beyond the bounds of time.  You could make a written agreement one day and someone else could read it the next.  This was a watershed moment in business communication history creating two different forms.

The invention of the personal computer and eventually the internet brought us many new options which all fell on one side of the watershed or the other.  The invention of email gave us a digital written/asynchronous option.

Although not adopted widely until much later, the first commercially available video conferencing system came to market in 1970.

Shortly after, instant messaging was invented and allowed a chat function on a computer network.

With cellular networks came the invention of the SMS protocol to allow us to send text messages to other cellular devices.  Although it took many years for texting to catch on for use in business, it is considered a primary communication channel today.

Since 1992, there have been many other products and innovations that have come along but have all fallen into existing categories on one side of the watershed or the other.

For example, the most widely adopted video conferencing product is Zoom.  When Zoom launched in 2011 there were dozens of other options (WebEx, GoToMeeting, Skype, etc).  Zoom created innovations within the video conferencing category that helped it gain the market dominance it has today.

Similarly, when Slack launched in 2013, there were already dozens of other IM (chat) products available to the enterprise (HipChat, Campfire, Skype, etc).  It was Slack’s unique combination of innovations that allowed it to become widely adopted today.

When you need to communicate at work, you have to choose which type, written or verbal (aka slow or interruptive).  Since Slack and Zoom have become the primary digital options of each form of communication, in today’s world of remote work the primary options look more like this.

The right tool for the job

By 2020 there were so many options that it’s hard to think there would need to be another.  There are literally hundreds of products with differentiated feature sets that seemingly cover every need on either side of the watershed.  But, are they the right tool for the job? It depends on what job you are trying to do.

Clayton Christensen was a Harvard Business School professor and regarded as the world’s top expert on innovation and growth.  One of the theories he developed more recently is called “jobs to be done.”  The theory states that in order to better understand customer behavior, you have to ask one simple question–”What job is someone hiring my product to do?”  Clayton has asserted that “people don’t simply buy products or services, they ‘hire’ them to make progress in specific circumstances.  When we buy a product, we’re essentially hiring it to get a job done.”

Understanding the job someone is hiring your product to do is the key to accurately developing a product that can do it.  Let’s take a look at the job that people are hiring Slack and Zoom to do.

‍Slack’s job to be done - write or share something with my co-worker without interrupting them.

‍Zoom’s job to be done - talk live with my teammate without being in the same place.

But what if you wanted to talk with your teammate without interrupting them?  That sounds like a new job that neither of them are able to do.

‍The space that exists between Slack and Zoom forces a choice–each with their own trade-offs.

If you choose Slack, you gain the ability to communicate flexibly in a way that isn’t interruptive, but you sacrifice fidelity and speed because you can speak 7-8 times faster than you can write.

If you choose Zoom, you gain all of the richness and speed that talking live can deliver, but you give up the ability to communicate flexibly without being interrupted.

At Volley, we believe that technology should give you a superpower, not a trade-off.

We are removing the watershed and blurring the lines which allow us to give you a superpower–the ability to have meaningful conversations that don’t involve place or time.  This is the best of both worlds.  With Volley, we combine the richness of talk with the flexibility of text.

When written communication is inadequate and you just need to talk, now there is a new option–send a volley.  No more will you have to decide between slow or interruptive.

On top of all of this, we can give you a second superpower–to speed up the world around you.  Because the conversation on Volley is happening outside of time, you can listen to a volley at twice the speed and still get the full meaning.  Then you can use all of the time you save to be the most productive version of yourself.

And that’s not all.  Verbal/synchronous communication can easily be monopolized by the most vocal or aggressive. Because volley conversations are turn-based and everyone has an equal opportunity to participate we give you a third superpower–to be completely inclusive.

It’s almost hard to imagine having productive conversations that don’t interrupt your productivity as its never been possible before.  Here’s a short primer:


Need to schedule a meeting?  Send a volley instead.

Want to jump on a call?  Volley it.

Interrupting someone?  Volley them and let them stay in flow.

Attend standup?  Volley that update and everyone can watch at 2x.

Need to brainstorm?  Kick off a conversation and volley when you’re feeling creative.

Writing a long email?  Send a volley and thank us later.

At Volley, we are filling the gap between Slack and Zoom.  If this is exciting to you, download Volley and invite your team today. 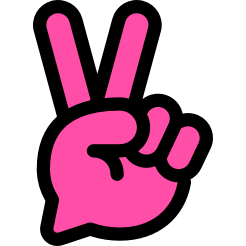